Emotional CPR & Spiritual Emergency: Lauren explained about emotional crisis that led to her being diagnosed with “schizophrenia” and further hospitalization. 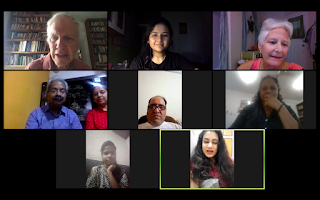 Health Advocate and Peer counsellor , Vipan Sachdeva asked Dan what his understanding of the term was and if in his opinion it had some similarity to “Spiritual Bankruptcy” Mr. Vatsyayan clarified that “Spiritual Bankruptcy” is a term frequently used in “Narcotics Anonymous”. Lauren provided context to the term “Spiritual Emergency”. She had used the term during training to explain her emotional crisis that led to her being diagnosed with “schizophrenia” and further hospitalization.

An online meeting was organized by Dr. Daniel Fisher (Dan) and Lauren Spiro in association with Nada India Foundation as a follow up to the training conducted on March 16th, 2020 to discuss the future of Nada Health Advocates as practitioners of emotional CPR on April 9th,2020 at 17:30 IST. The meeting was attended by Mr. Suneel Vatsyayan (Chairman, Nada India), Ms. Pallavi V. (Project Director, Nada India), Ms. Riya Thapliyal (Peer Counselor, Nada India), Ms. Jyotsna Roy, Mr. Vipan Sachdeva, Ms. Kushangi Roy and Ms. Pooja Choudhary. The agenda was set to taking feedback post the training session as we as discussing the road ahead.  While Lauren had conducted the training last month, Dr. Fisher and the emotional CPR practitioners were interacting for the first time. What is emotional CPR?

“Emotional CPR (eCPR) is a public health education program designed to teach people to assist others through an emotional crisis by three simple steps: C = Connecting, P = emPowering, and R = Revitalizing. People who have been through the training consistently report that the skills they learned have helped them communicate better in all their relationships.”
“We believe in eCPR to bring better communication, especially in times of distress. We are excited to connect beyond language and culture and want for people to support and understand each other.”
Therapy v/s emotional CPR. 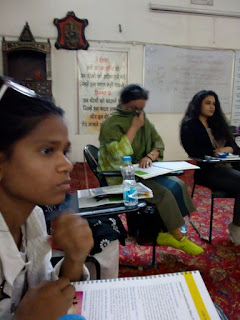 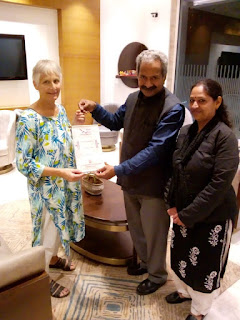 Mr. Vatsayan mentioned how he thought therapy is complicated process. He felt eCPR on the other hand was as simple as getting a glass of water. Dr Fisher appreciated this analogy and added that he wanted to make emotional CPR accessible and easy to reproduce. In his opinion too, therapy procedures are complex whereas eCPR is a simple way of being; how one can be with themselves and other people, how one can communicate better and on a deeper level. To this Lauren added how eCPR is simple and a heart to heart connection. She believes that it is all about compassion.

“The greatest gift that we brings to another person in distress is, ourselves”, said Lauren.
Practicing eCPR
Health Advocate, Pooja Choudhary, felt that everyone uses eCPR in their daily lives, knowingly or unknowingly. She also observed that generally we practice it with people we know. “jo humse close hote hain, unhi ke saath hum eCPR practice karte hain. Anjaan log jab apno se hi nahi baat kar pate toh humse kaise karenge (We practice it with people who are close to us. When a stranger can’t tell their plight to the people they know, how will they discuss it with us)”, noted Pooja. Dr Fisher agreed that connecting is easier with people we know however eCPR can be practiced with strangers also. It’s like CPR. In his words, “It (eCPR) is a universal language of emotions which supersedes language and culture.” He substantiated this with the example of a baby. We and the baby don’t share a language; it cries and we try to soothe it. We don’t know why it is crying, it gives us clues, we try to address its needs but almost always it needs to be soothed and eventually we realise what it needs. To this Mr. Vatsyayan added, “you don’t tell the child to not cry, you comfort it. We should be the same way to people”.
Spiritual Emergency
Mr. Vatsyayan briefed Lauren and about how in previous virtual discussions with the health advocates we have discussed self-care, quiet time and our understanding of a “Spiritual Emergency”.
Health Advocate, Vipan Sachdeva asked Dan what his understanding of the term was and if in his opinion it had some similarity to “Spiritual Bankruptcy”. Mr. Vatsyayan clarified that “Spiritual Bankruptcy” is a term frequently used in “Narcotics Anonymous”.Lauren provided context to the term “Spiritual Emergency”. She had used the term during training to explain her emotional crisis that led to her being diagnosed with “schizophrenia” and further hospitalization. It took her 25 years to realise that all she needed was for someone to listen to her and practice eCPR, there was no need for medication. Dan observed how we are all living in an era of spiritual bankruptcy, we are cut off from our spirit and emotions. He said, “This process of ecpr came from my lived experience that was labelled schizophrenia. If I had been accompanied by people who had been through their own spiritual healing and had not been distressed by my own distress, I would not have needed to be hospitalised”. In his opinion, mental illness is connected to heart, soul and being and not just the brain. “We can’t remain mindful in times of distress, we need other to nourish us”, noted Dan.
Qualities of an emotional CPR Practitioner
Dan and Lauren mentioned the following qualities that a person needs to have to be an efficient eCPR Practitioner: 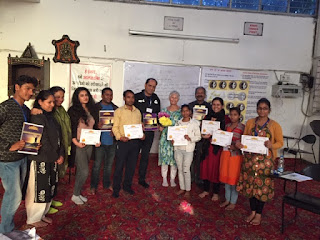 Separating Profession from eCPR
The last quality mentioned by Dan brought Health Advocate Kushangi Roy to explain to Dan and Lauren how she has been trained in different kinds of therapy and how it has been nailed in her to ask questions, make suggestions and how it is difficult for her to just listen, which is what eCPR is all about; listening. Her question to Dan and Lauren was how to practice eCPR and not ask questions. Dan mentioned how they discouraged asking questions and giving suggestions. They felt that by questioning and making suggestions, one is “serving the need of the society to conform and behave.” However, since she has been trained in it, she could stick to little questions around curiosity and wonder and avoid close and interrogative questions. Kusha further questioned on how during physical distancing in the times of corona, she can develop a connection with people over phone. To answer this, while Dan mentioned the importance of tone, Mr. Vatsyayan explained how he himself disconnect with the world in order to connect with the person in distress. Lauren resonated with Mr. Vatsyayan and mentioned how she followed a similar technique.
The Road Ahead
Both Lauren and Dan were excited to bring the practiced of eCPR to India through the digital medium and wished to take it one step at a time.
at April 18, 2020 No comments: 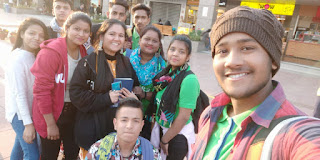 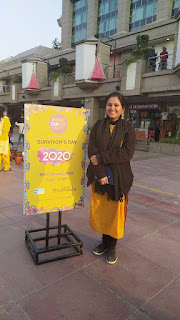 Riya Nada India Youth Catalyst attended "Survivor's Day" organised by Indian Cancer Society on 6th February,2020 at Select Citywalk Mall. The event had a burst of colour and laughter celebrating the victory of people against cancer. There were dance and musical performances by survivors young and old as well as some professional groups who had all come together to create a joyous afternoon in the wake of World Cancer Day. What stuck with me were the words of a doctor from Max Hospital who said, "We fall sick alone, but we can heal in a community. Let's forms a human chain to combat cancer." 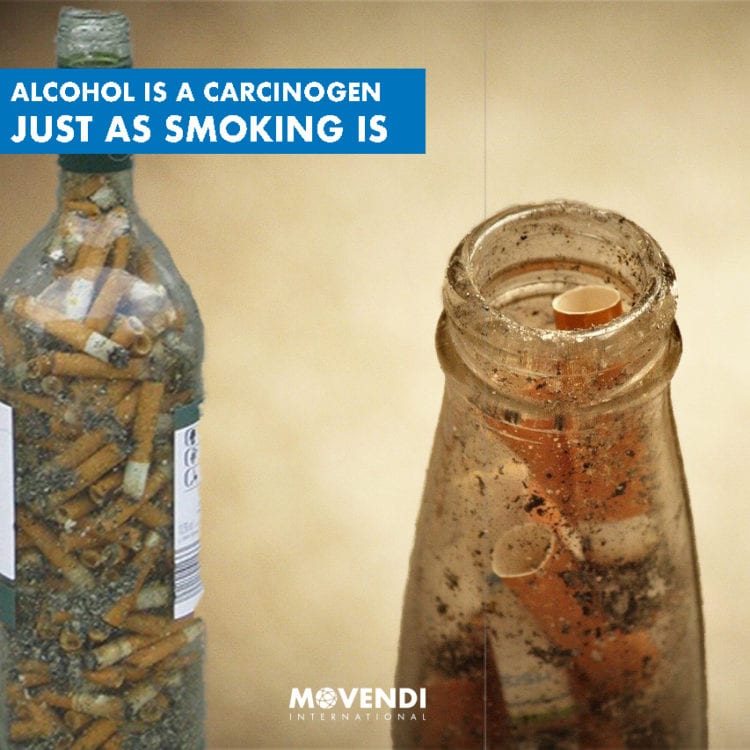 But awareness and understanding of the alcohol-cancer link remains shockingly low and a far cry from the levels of awareness of smoking and cancer.

This is not only a matter of public health concern but a social justice crisis.

It is time to change that and turn the tide on alcohol-fuelled cancer.Evidence shows that informing people, increasing awareness and understanding of alcohol's cancer risks leads to bigger support for alcohol prevention and control measures. This in turn leads to significant reductions in cancer mortality. 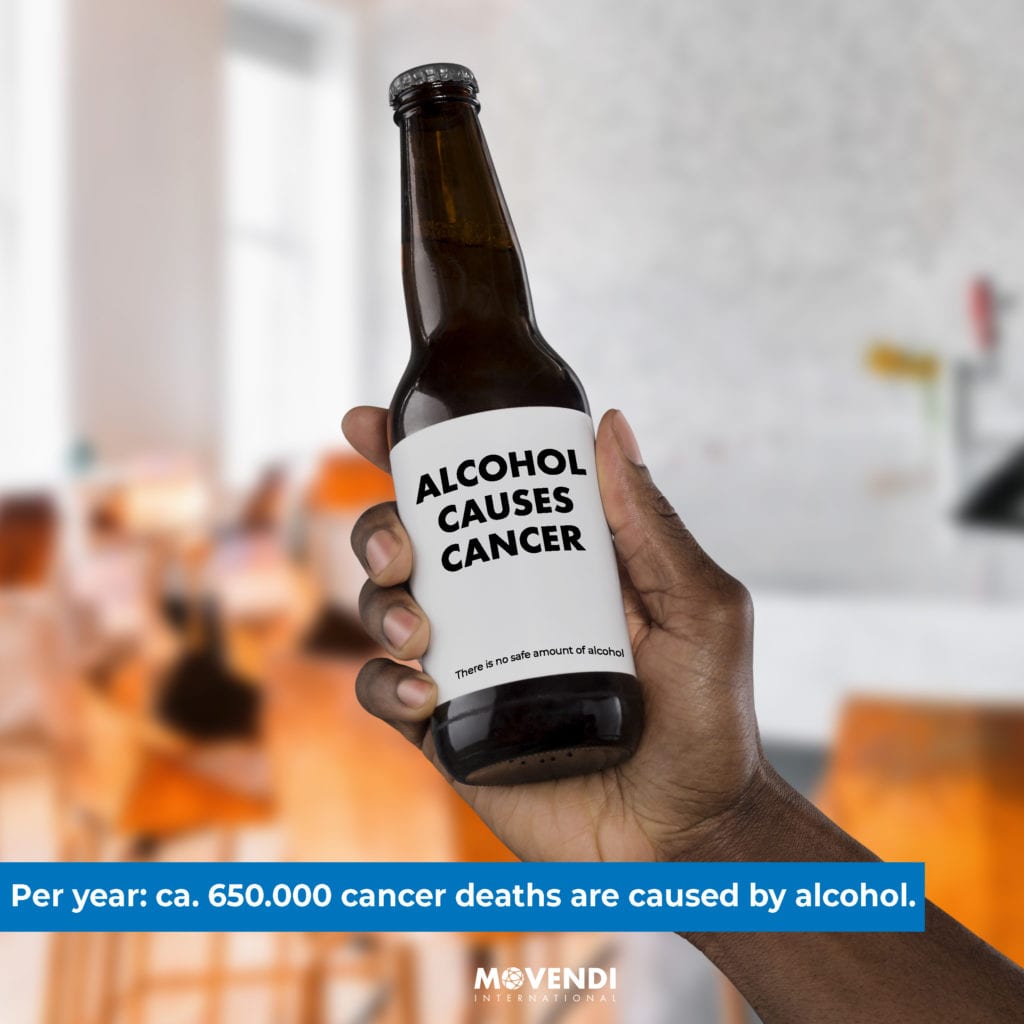 We calculated the cancer deaths averted from improved alcohol policy through a 10% and a 30% total per capita alcohol consumption reduction scenario.
let's start the movement to raise awareness among the broader public and empower decision-makers to tackle the alcohol-cancer link. The returns on investment will be substantial...
at February 20, 2020 No comments: 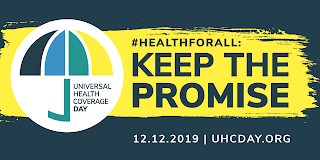 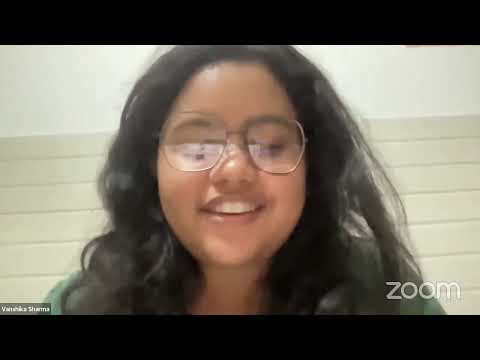